Our Story in Iraq

STEP began working in Northern Iraq back in 2001 when the Kurdish people were still suffering under the regime of Saddam Hussein.

During the war of 2003, STEP provided emergency support to orphans, working children and internally displaced young people, who had no place to go to during the time of crisis.

After the war, STEP extended its work and efforts into the areas previously under the control of Saddam Hussein's Iraqi government.

The establishment of the Kurdish Regional Government after the war has seen the Kurdish people gain some degree of autonomy within the new Iraq, but there remains an historical trail of desperate poverty and trauma within this community.

It was the plight of the vulnerable children that prompted STEP to start its work with the drop-in centre in Suleimany, Iraqi Kurdistan. 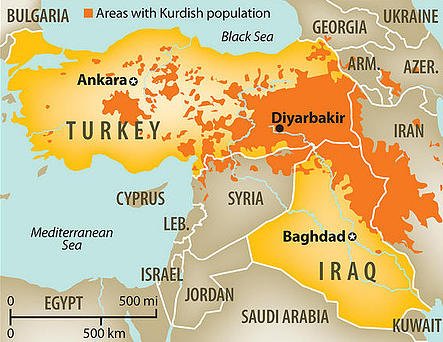 The work and credibility of this project fostered strong relationships with the local government departments and in 2008 STEP became a recognised partner of UNICEF.

With the ongoing crisis situation in Syria and the rise of ISIS in the Middle East, the needs in Iraqi Kurdistan are greater than ever.